What Causes International Business Disputes And How To Resolve Them

These days, it's increasingly common for businesses of all sizes to work with overseas manufacturers, suppliers, distributors, customers, and partners. While the global economy can support many businesses, disputes are common.

A single dispute is all it takes to launch a lawsuit. Here are the problem areas you should recognize as potential "breeding grounds" for a claim -- and information on how these issues can be resolved.

What are the main types of disputes that arise in international business?

There are three big types of issues that can lead to a dispute with your overseas connections.

One of the most complicated issues in an international trade contract is the payment agreement between two parties that are not operating on the same form of currency. Because of the way that currency markets fluctuate, buyers and sellers alike can end up in situations where their own currency is abruptly devalued and they end up owing a lot more money than they expected to the other party.

One of the biggest mistakes that businesses stepping into international waters the first time can make is not having a contract in the right language. Sometimes that means having multiple translations of a contract drafted so that no party can claim that they didn't understand the agreement they signed. Other times, failing to put a contract into the right language can cause a foreign court to consider it invalid.

Sometimes a dispute arises because of the action of a third party. Shipping issues, for example, might be caused by sudden governmental embargos or restrictions on overseas imports and exports. This can cause delays in a contract's completion, force modifications to an existing contract, and other issues. Sometimes the parties involved simply don't know how to handle the situation when a contract cannot be fulfilled for some reason that is not under either company's control.

What's the best way to resolve an international trade dispute?

The smartest thing that a company can do is to plan ahead and assume that they may have a problem — particularly in the areas mentioned above. Contracts can also specifically address what will happen if the international currency exchange shifts dramatically before payment comes due and what will be done if a pile of goods is blocked in customs for some unavoidable reason. You can also draft agreements that include binding arbitration as the primary method of dispute resolution (which can help keep any lawsuits out of a foreign court).

If you're about to dive into the world of international business, talk to an international trade attorney with experience to make certain that you don't make some serious mistakes early on. To learn more, contact a company like Braumiller Law Group. 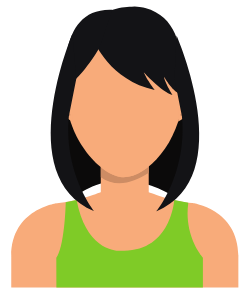 When you own a company, there's no telling what kinds of problems you will come up against. From lawsuits from strangers to challenges managing simple aspects of paperwork, working with great business attorneys starts with knowing what kind of professional to hire. Fortunately, you can make things simple by creating your own must-have list of items, and doing your own due diligence. The purpose of this simple website is to walk you through how to find a great attorney, what to ask, and how they can help you to create positive, impactful change in your business. With the right moves, you can protect yourself.